Home » Blog » Redefining Success: What If Success Isn’t What You Thought It Was?

Everyone wants success, but we can’t get a consensus on what success is.

You might have considered success while in your office, or at home, or in the shower or at the gym. You’ve likely talked success through with your spouse or partner, family or friends. (You might have even wondered about un-success—who chases that?)

Perhaps you’ve had this conversation energetically and often, so regularly that you don’t notice the strangeness of it anymore. Strange in that going after something when you don’t know what that something is, seems a bit odd.

Most of us grew up with discussions of success all-around, “To be a successful person, you need to….”

While we might not have noticed that the blank was not agreed upon, most of us would concur that at some time or another we have acknowledged that we want success and then qualified it with, “Well it’s not that I just want more money…” and there our sentence tails off because we can’t express or don’t know what we want instead. Or why more money is incomplete as the success we seek.

When I ask my students or coaching clients, “What would success look like for you?” they’re often confused and muddled. Most seem to think I should know their answer already, an answer apparently so obvious but yet so difficult to express or explain or even outline.

And then when I follow up with my probing question, “What makes this success important to you?” Hmm. Now even the brave are flailing.

Does your own version of success ever seem to elude you? Have you ever managed to define it once and for all? Are you resonating with these dilemmas?

Why I’m Preoccupied with Success 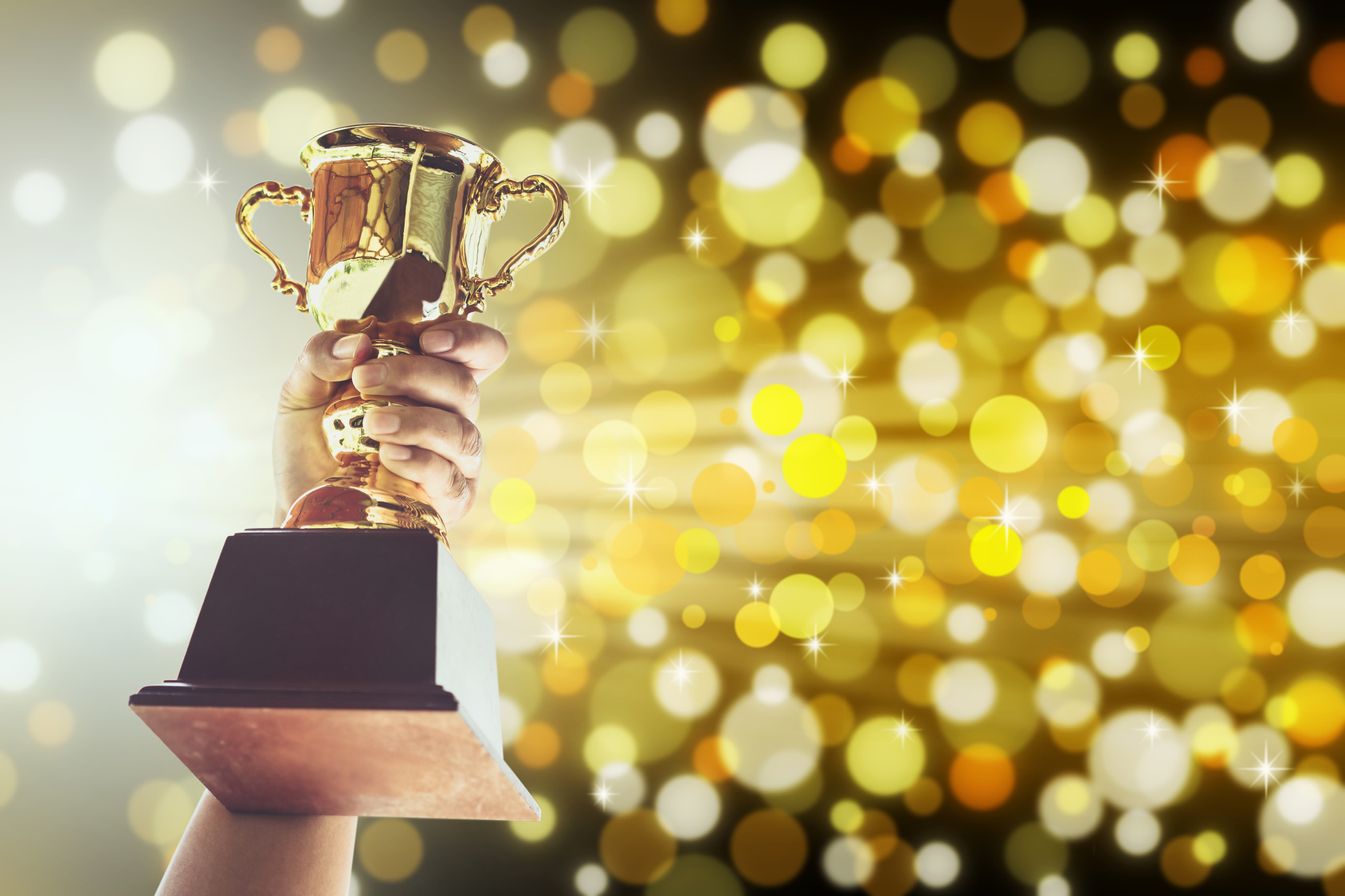 I have three big reasons for wanting to define success.

First, as Head Coach here at Mirasee, I’m faced with discussions about success on an almost daily basis. We are, after all, intentional about our student’s success!

Second, as a faculty member at Global Awakening’s International Theological Seminary, I create and deliver the Academic Success online course. So I came face-to-face with success again, and it caused me to ask what is it about success that matters? Given the freedom to craft a course worthy of 3 units of degree credits at the Master’s Level, I’m careful in my selection of what’s important. What do I want to teach? What is success?

Third, my new role as the Success Coach in the Mirasee ACES program has pushed me to look again at what we mean by success. What is success?

Pondering paradigms for success has taken me back to those halcyon days when I lived on the Stanford campus researching home education (as an academic) while deciding on a daily basis (as a homeschooling parent) what to teach my kids. It required me to sift through older paradigms to uncover those golden nuggets that have endured because they matter. I was asking over and over again, what is truly important here? What might we, with our familiar notions of education, be leaving out?

The word “education” comes from the root word, “educare,” which in Latin means “to draw forth.” Education has a cost for our children. What matters enough for children to spend their time?

Likewise success, what is truly important and worthwhile for us to understand? 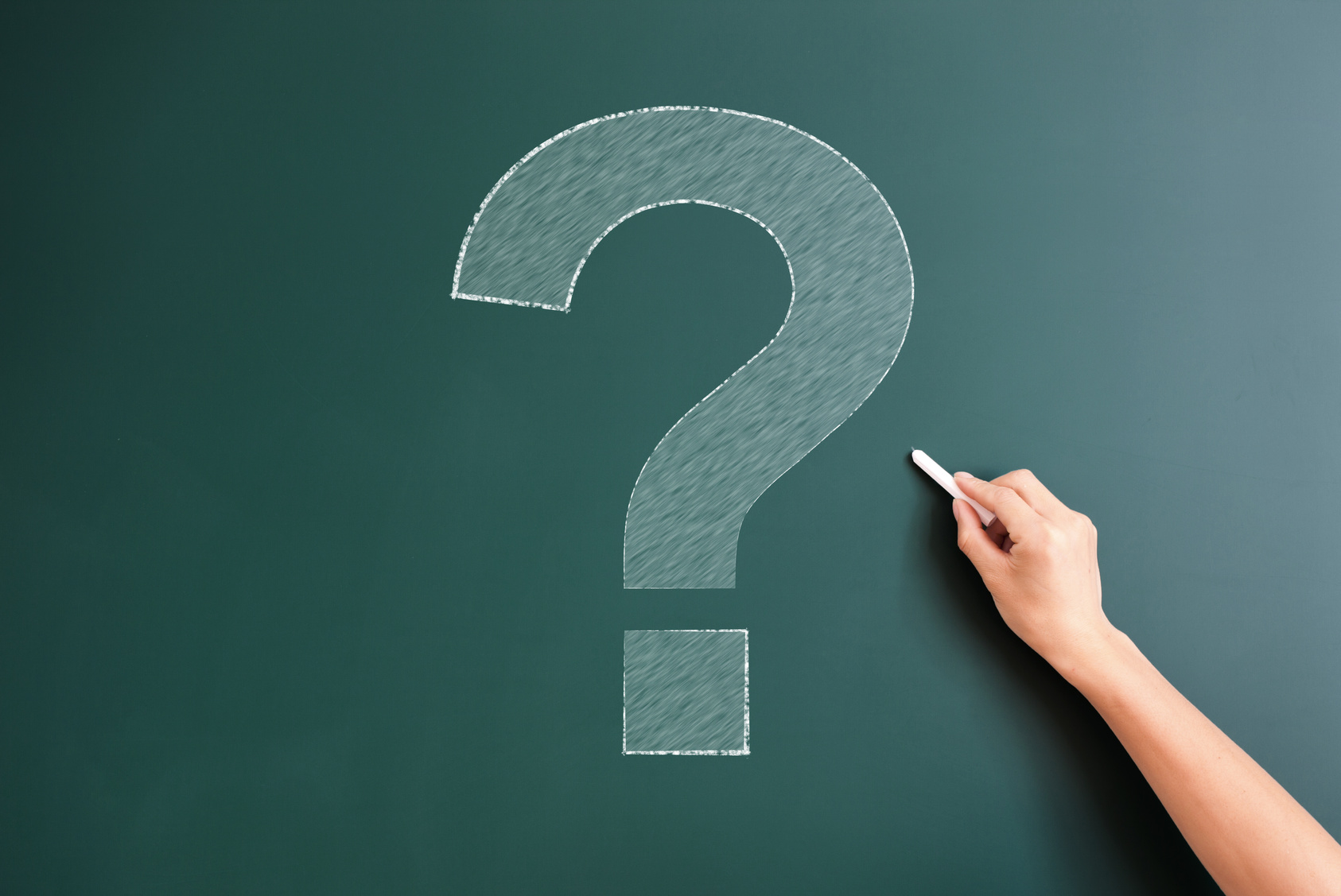 What is success really, what might this mean for my students and clients, and what might it mean for you?

Success is typically measured in terms of material wealth, influence, and status. And the actual target amount of each of these is fluid. For example, some entrepreneurs want to bring in 6 or 7 figures annually, while others want only to pay the grocery bills and the rent. Nevertheless, money is probably one of the things that most people go after for their success.

With influence and status, it is the same story. Most people link them with success. The world tends to look at wealthy, influential people with high status and call them successful. In fact, seeing just one of these attributes on another would be enough for someone to say, “There goes a successful person.”

There are, of course, those who disagree, but even this disagreement is predictable. It typically comes from those who have a disdain for money and prefer to argue for happiness as the true measure of success. They say things like “money can’t buy happiness,” and so money is not success but rather happiness is.

Others in this group will say success is all about living well, living long, and staying healthy.

If it isn’t about those things, what can we embrace in the word “success”?

Success: It’s in the Word

What if I can find you a useful meaning of the word success? What would change for you?

What if success can be defined for us all, in the same way and unequivocally? What would that do to your daily pursuits?

Thinking of words, one’s mind might drift to Shakespeare—he liked words a lot. Taking ‘O’ Level exams in the UK in the 70’s, my class memorized great chunks of his mighty works. Macbeth was the play I was examined on then and decades later I can still chant:

To-morrow, and to-morrow, and to-morrow,
Creeps in this petty pace from day to day,
To the last syllable of recorded time;
And all our yesterdays have lighted fools
The way to dusty death. Out, out, brief candle!
Life’s but a walking shadow, a poor player
That struts and frets his hour upon the stage
And then is heard no more.

These lines illustrate that the meaning of words can be lost. Not everyone reading Shakespeare today immediately understands what he is talking about (what did you get from those lines?), hence the popularization of line-by-line interpretations of Shakespeare’s 16th-century work. Meanings sometimes get forgotten.

Just to illustrate this further, in Macbeth, when the three witches chant, “By the pricking of my thumbs, something wicked this way comes,” these witches are not talking about something amazingly good which one might assume following the use of the word “wicked” today. Rather, they’re talking about something amazingly bad. Macbeth, once noble, is now defined almost entirely by his evil deeds. He’s the “something wicked”  anticipated here.

Like Shakespeare’s work, the word “success” has its origins in the mid-16th century and comes from the Latin word, “successus,” from the verb “succedere,” which means “come close after.” Think of “succeeding” to the throne or “succession.”

The definition of success as the “accomplishment of a desired end” or a “good” success came later.

So as you see, “success” is much more accurately defined as something within your control than you might have first supposed.

Literally and historically, “success” means something that comes close after or simply an outcome. Not a good outcome or a bad outcome, but just an outcome.

And the good news is that you can always create an outcome.

Any outcome works for success because an outcome is simply something that comes out of something else.

And even if you want to define “success” as a good outcome, you would be wise to be generous in what you include here. There are an infinite number of ways in which an outcome can be good (even if we are not a Pollyanna). For an entrepreneur, an outcome can be good, whether or not it was the intended outcome for we can learn as much from our “unlooked for” outcomes and our disappointments as from those outcomes for which we look and hope.

The Antithesis of Success 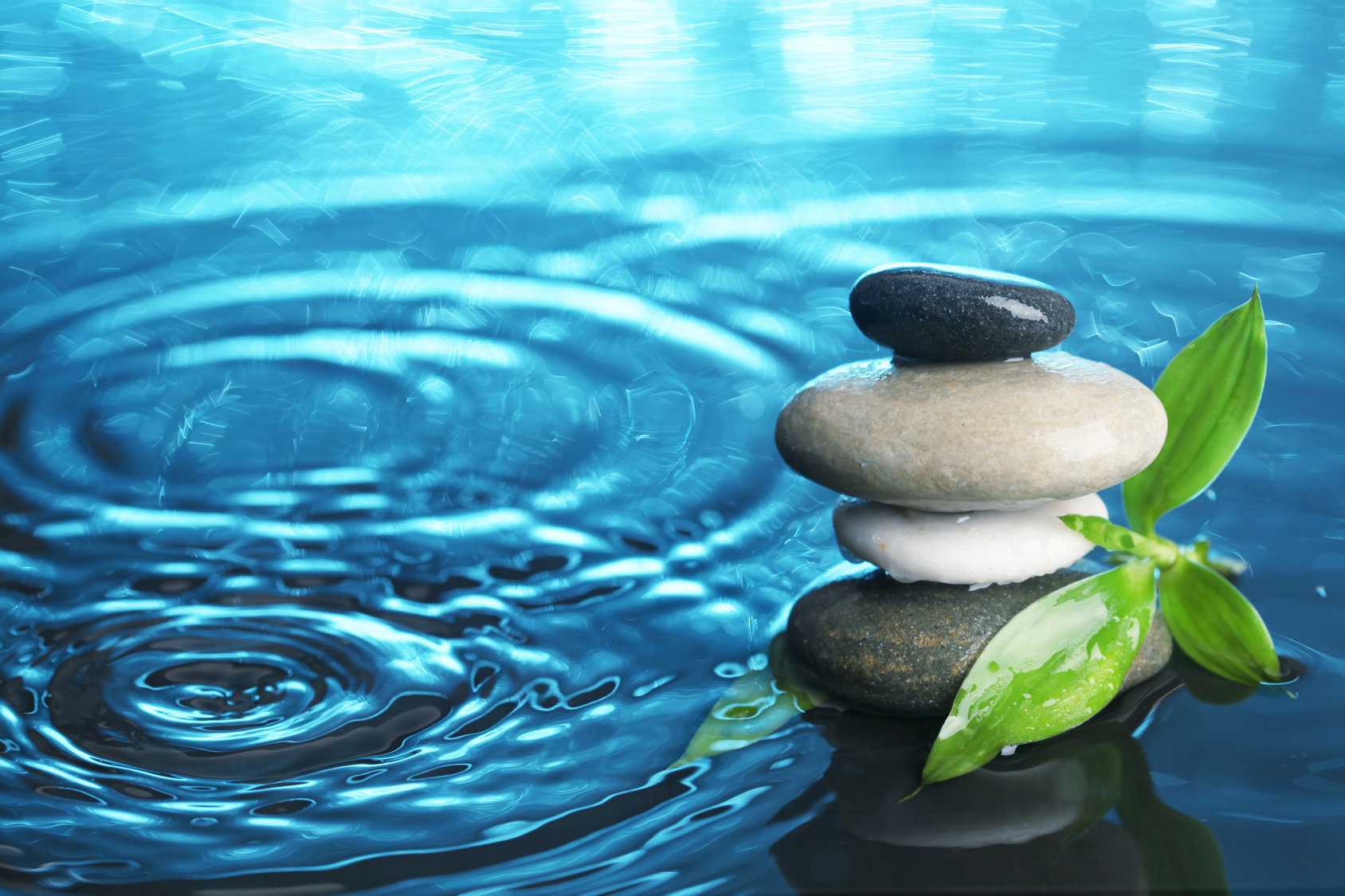 How would it change things for you if success is the ripple you make when you put something into the pond?

You disturb the water, and success is simply what happens next. If you don’t disturb the water you’ll only be watching on the sidelines waiting for someone else to make a move. And I bet you’re not looking for a life of spectatorship.

If we can control our success, if we get our success simply by doing something, then it’s time to make a move. 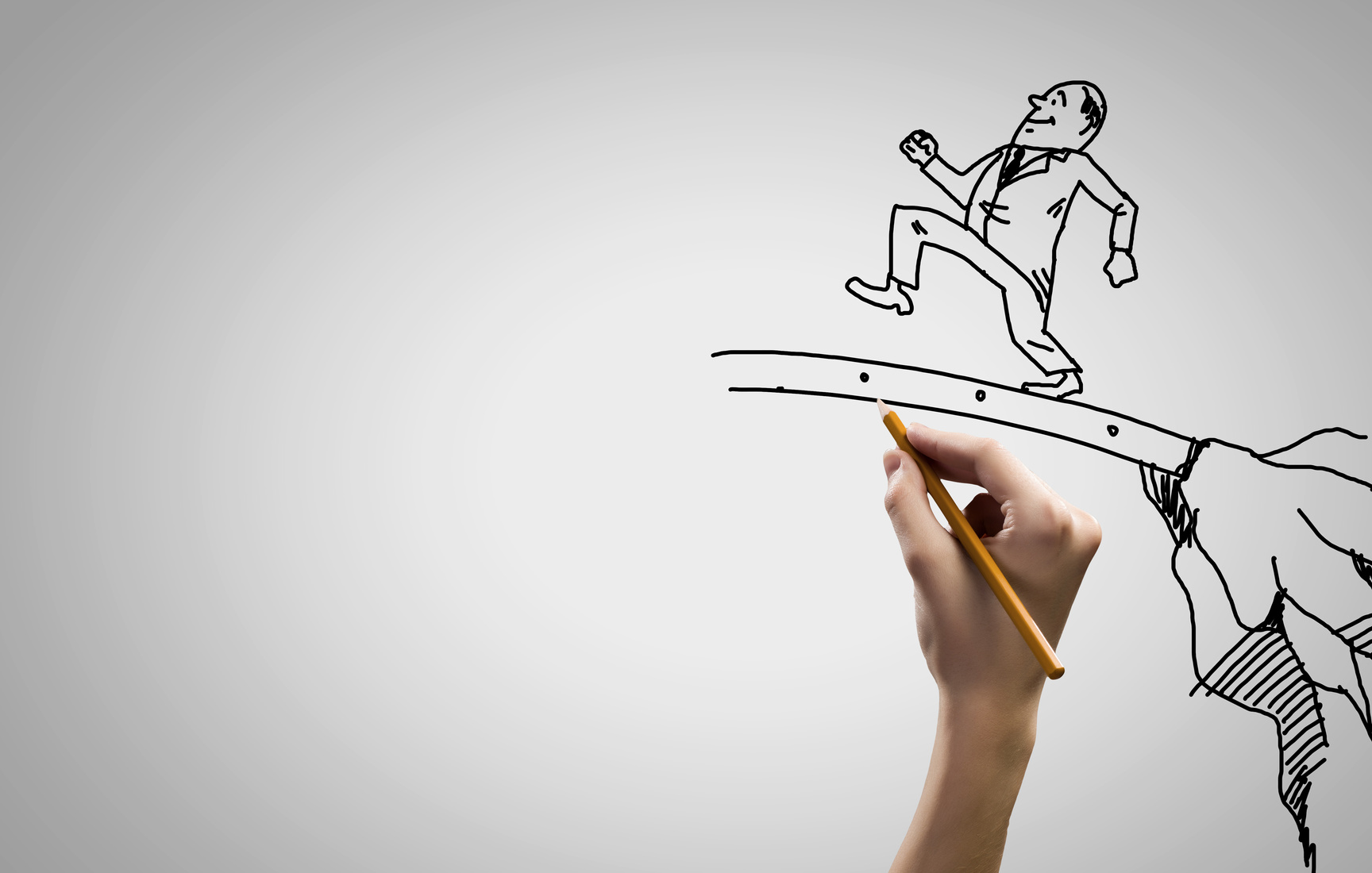 Since you’re reading this, I’m assuming you choose to be a success and not a spectator. So, if you’re going to make a move, what move should you make?

But for the purpose of this post there are three things to do:

The best moves are those in line with your purpose. Somewhere, either mapped out as a goal or drawn in a hidden corner of your heart, you have some place you want to reach in some area of your life. Life, after all, is an adventure, a journey, and we all have some place we want to be and some things we want to see along the way.

And remember, even if you were to believe you have already arrived, those things you simply want to sustain take tending to. You still need to move to show up.

Showing up is the very best place to start.

You see, from being stationary to making a move is the biggest push. It’s easier to keep moving than to start.

If the first success of your day is to get out of bed, the next will be making it. Yes, I’m serious. An important thing to do each day is to make your bed, not metaphorically but literally. U.S. Navy Adm. William H. McCraven Navy Seal declares this to be a first outcome to every day—a first success EVERY DAY.

While as a Navy Seal, getting out of bed seems to be taken for granted, for myself I needed to start just a little further back with the first move being to extract myself from my nice warm snug nocturnal nest.

But having gotten out of bed and made the bed, momentum is building for the day. You are ready to move elsewhere. What can you tackle next to get your third success?

3. Reach out for the next thing.

Press in and press on. While you will decide how you press into your day, be sure you do press on. Perhaps you like to wrestle your day into segments, chunking your time with a goal attached to each. Perhaps you prefer a gentle flow, one thing into another. Perhaps you have another way altogether.

Just get it together and make your moves because however your day unfolds, you can choose to make a success happen at any moment.

Just step out. You’ll be amazed at what you can nudge into being and then if you get something surprising, you get the chance to change things up with another success that you craft with your next move.

Adventures, after all, are about making a move, embracing the unexpected, and choosing where to go from there. It’s the way Steve Jobs did things, and it worked for him.

Just to recap, success is simply that something that comes close after you make a move and your world changes. Oh, did I mention you can be a world changer too? You see, your world is as big as the space you have the weightiness to influence. So build your muscle one success at a time by starting right now where you are.

How does thinking about success this way transform your entrepreneurship? What move that you have been hesitating on does this definition of success empower you to make?

Develop the mindset that primes you for success!

Get It NOW!
Develop the mindset that primes you for success!
Not getting our emails? Make sure you've added Mirasee email addresses to your whitelist.