Can You Make More Money With a Small Email List?

You hear it all the time: the money is in the list.

It’s the reason the interwebs are full of people promising you insane numbers of followers and subscribers if only you’ll buy into their plan.

But is it really worth it to grow an email marketing list just for the sake of seeing those numbers increase?

I don’t think so. In fact, I believe that when it comes to your email list, bigger isn’t always better.

In my experience, the people who try to sucker you into believing that numbers are everything aren’t usually in the business of delivering value—and in these days of online overwhelm, value is what holds people’s attention and makes them stick around.

Let me be clear: I’m not knocking the efforts of those who have legitimately built large email lists. The people I have a problem with are those who try to con the unsuspecting into believing that there’s a magic number of email marketing subscribers, and that people should pay them to artificially boost their lists to reach those numbers.

Why You Shouldn’t Build a List for Its Own Sake

Let’s face it, even if you get a large list and people don’t like what you have to offer, they will unsubscribe. So what’s the point?

In addition, a big list can be unwieldy to manage and costly to maintain. If inactive subscribers are artificially swelling the numbers, you’re actually paying for people NOT to read your stuff. That just doesn’t make sense.

Instead of marketing to hundreds of thousands who might be the wrong fit for you, find a smaller number who are the right fit.

I can honestly say that I have practiced what I preach. I had a 1000-strong email list for my Get Paid to Write Online blog. Not a huge list, I’ll admit, but not too shabby, either.

My newsletter gave tips for writers to help them build stronger careers. When I decided to refocus my efforts on my other site, I could have simply kept that list going and sent subscribers the new stuff, retaining a decent size list because some people wouldn’t bother to unsubscribe.

But that seemed an unfriendly way to treat loyal readers, so I gave them the choice of whether to move or not. More on that later. About 10% of them did, making my new list very small indeed.

But here’s what I discovered: since I pruned the list, my open and click rates have gone up and people on the list are more likely to respond to what I send them. In other words, when I send an email, I’m now talking to people who are really interested in what I’m sharing with them.

Other people have experienced similar results: 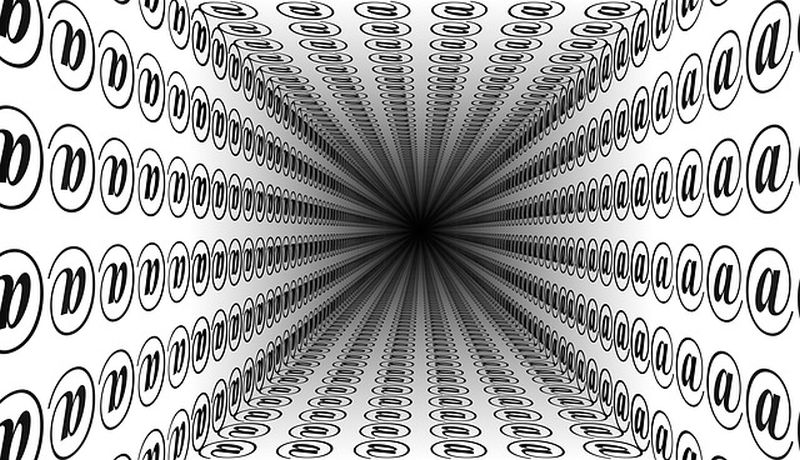 Most email marketing providers make it easy to find out who’s not invested in your email communications.

As Rick Whittington points out, Mailchimp gives subscribers a star rating based on their interaction with your emails, with five stars being the best. That makes it easy to separate active from inactive subscribers.

In Mailchimp, you can also use the segments feature to identify those who don’t interact with the information you send. You can do the same in Aweber by searching your subscriber list to find all those who have been subscribed to your list for more than six months but who have never looked at your content.

Whichever email marketing provider you use, the next step is to email this inactive segment. My approach was to:

Sure, my list ended up smaller, but it was better.

What happened next? I went back to basics and started growing my list again, but this time I focused on getting it in front of the right people.

That meant removing the signup form from all the places it didn’t need to be and putting it where it belonged—on my Facebook page and website, which were the places where I interacted with potential clients. For LinkedIn, I simply shared the link whenever I published a new newsletter.

I began talking to more people in other places where I already had a large audience. Social media is a not so secret weapon for connecting with people who really want to hear from you, especially if the purpose of growing your list is to communicate with people who want or need what you have to offer.

I also started thinking about the people I interacted with online as a whole, rather than as disparate groups. I checked out social media analytics on the different sites to see what people found interesting and responded to and used this to refine what I sent out via email.

And people are responding. The latest stats show an average open rate of 35.6%, double the industry average, and a click rate of 5.6%.

Potential clients now see the work that I do and then some of them approach me to offer more work. My list may be small, but it’s now more focused, and offers a better experience to potential customers.

In the end, pruning my list has brought me more attention from the people I most want to reach. In this case at least, bigger wasn’t better.

What’s your experience with your email list? Have you ever pruned it?

Sharon Hurley Hall is a professional writer and blogger who has previously worked as a journalist, editor and journalism professor. Her work has been published on CrazyEgg, Growth Lab, Mirasee, the Pex Card blog, Unbounce, Search Engine People, Search Engine Journal and elsewhere. Connect with Sharon on her website or LinkedIn.

11 thoughts on Can You Make More Money With a Small Email List?

Thank you for this insight, Sharon. I am just now building my list and was wondering how big I can go without losing a community. I mean, I’d like to keep the list size to where I’m able to answer individual emails when there is a personal comment or question. So far I’m maintaining that goal. Any thoughts on one-to-one personalization?

I’ve found that a small list helps with that kind of individual interaction, though I know people with large lists who take the time to respond personally (don’t know how they do it). In my case, what happens is the conversation shifts to email and then we continue it there. And in a couple of cases, I’ve ended up chatting with people on Skype.

Very interesting article especially how to use your auto responder analytics. A pruned list also make a better engagement for you anyhow.

Yes, it does. Thanks for commenting. 🙂

Great write up, Sharon. For those with autoresponder providers who charge by the size of the list (which, at some point, is most of the usual suspects), this could be a significant savings, too.

Yes, great point, Annie. Pruning your list is also a great money-saver and you can use the money you save there to market your business in other ways.

I was very curious with the email I sent to my inactive subscribers. Since they never opened my emails, I was really surprised to see I got a 20% open rate from them, and 14% clicked on the link inside (they had to click to stay on the list).

Definitely something to investigate, Charles. I’ll dig around and see what I can find.

There’s no point at all to having unengaged subscribers on your list. They’re just driving your open rates down. 😉

Exactly, Carol, and they also reduce the possibility that you might actually make a connection with the people on your list.

It’s great to remove people who are not active. I can’t pay an ESP to send email to people who will not want to open my email. I recently did and my open rate shot up. I’m still going to do it this January,2017. I have spoken about this on clientsattraction.com before and it doesn’t make sense sending to ‘non- opener’.