There are three elements to a successful speech.

It should be understood. It should be memorable. And it should engage the audience for as long as possible.

But being memorable doesn’t mean singing, dancing, and fireworks. Being memorable means people can talk about your speech a week later and at least vaguely recall what it was about.

These three elements are so tightly bound that you will find many of the memorable speech tips outlined here also translate to help you engage people and allow them to understand your speech.

You Need to Understand People Will Be Bored 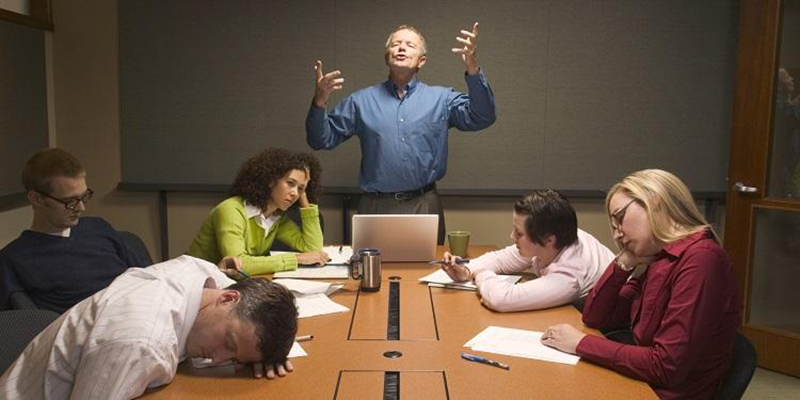 You have an emotional connection to your speech, and ergo you cannot see its flaws.

Perform it in front of your friends and family, and they may like it because they have an emotional connection with you. If you’re lucky, they may tell you if your speech is boring. But they may not be brave enough to hurt your feelings.

So, what can you do?

Should you put your speech on YouTube and see what the commenters say? That would be the same as oil painting a picture of a banana and showing it to a bunch of monkeys.

What you need to do is become more objective—which is easier said than done.

You can do this by creating a personal negative bias about your work.

With your negative bias, first automatically assume that your audience is bored in the same way you should assume your website is boring.

Go through each line and paragraph, and ask how a bored person may change it. That might mean shortening your speech, or it might be getting to your point more swiftly. And in many cases you can add a joke, an anecdote, or a question to recapture the attention of your audience.

Do Not Try to Create an Epic Speech

Unless you are about to lead the charge with the Riders of Rohan, you do not need a rousing speech leaving people crying and throwing their cowboy hats in the air.

It is unlikely the topic of your speech is going to be meaningful enough to the listener to evoke more than the mild feeling of warmth, so stop trying so hard to create a big epic speech.

Your goal is to make your speech memorable, and don’t worry, it doesn’t require a raised voice. Watch a Lewis Black stand up show. Here is a guy known for shouting and being angry. But despite his reputation, he doesn’t actually shout or raise his voice that much.

He has done so well because of the cadence in his voice, the way he projects himself, his inflections, his physical actions, the way he carries himself, and the content of his stand up speeches.

Sure, he has his angry and shouting outbursts, but they are to highlight the point of his jokes, not to make his stand up routine more memorable nor to make people jump up and down on their seats.

Try to do a big rousing speech like Mel Gibson in Braveheart, and you will make a fool of yourself. Just watch any speeches during college presidential elections, and you will see fools-a-plenty. 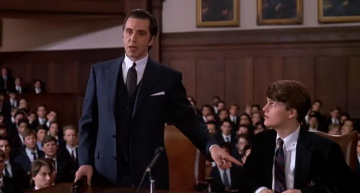 Concise And Quick Will Get The Job Done

A concise speech means one that gets to the point quickly, hits it hard, and then moves on in the most fluid manner possible.

Say it quick and do not waste all the goodwill you have before you. The worst thing an audience can do is clap and cheer for you before you start your speech because after that your popularity and goodwill will only fade.

So what do you do if you need to give a long and detailed speech?

If you have to give a long speech, it is imperative you cut out as much fluff as possible and keep to your point. What you do is break up the process with things such as a rest every twenty minutes.

Some of the only people who don’t waste their goodwill while on stage are stand up comedians, so consider adding a little entertainment value as a reward for the listeners’ attention.

It could have been a very sterile and clinical piece about what is in fact a dull subject. But instead I references movies, TV shows, stand up comedians, and even a console game. And I did it in context to make a point.

It is also full of language that dampens what could have otherwise been a tedious subject, such as “Cowardice at its most yellow” and “…you will see fools-a-plenty.”

Fear of Offending People is Cowardice at its Most Yellow

A memorable speech may shock people, it may offer surprises, and heavens to Betsy, it may even offend people. However, you must remember: nobody has a right not to be offended.

If you say something that offends somebody, you are not restricting the rights of another person. By keeping silent and not making your point through fear—they are the ones impeaching and restricting you! 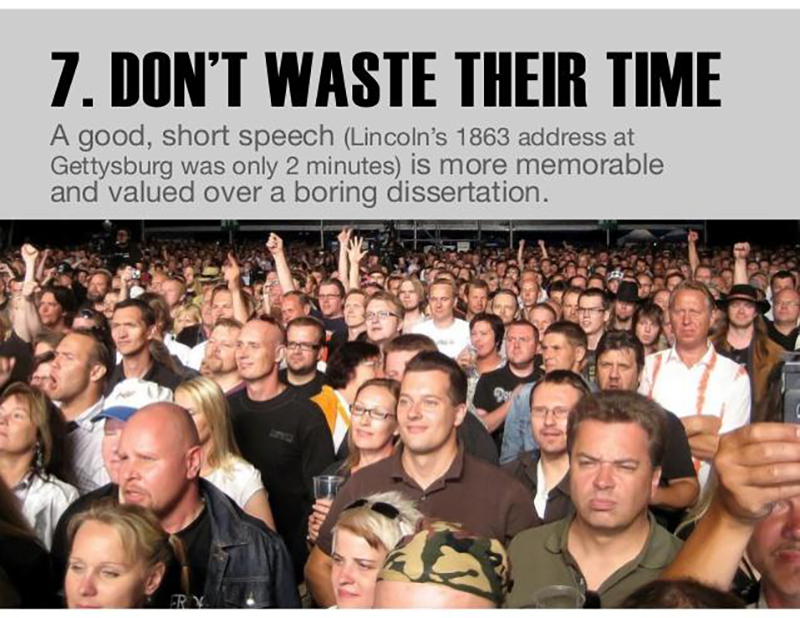 Some speechmakers offend because of their jokes, which is unfortunate but sometimes unavoidable. Others offend on purpose in order to make their speech memorable, and this too is not the way to go.

The most pure form of offense is to tell the truth.

Watch Chris Rock’s “Bring The Pain” stand up routine, and you will find it memorable because he says some of the most jaw dropping things and yet they all ring true. What he says is deeply offensive to some people, but it must be memorable because people still talk about it.

People are tired of phonies making speeches. That is why the authentic speech Matt Damon gave in the Adjustment Bureau was so good, and why the newsroom rant by Jeff Daniels was so powerful.

Republicans are great at asking rhetorical questions when they are speaking, and it really works well because it forces your listener/watcher to think.

Nip a few answers into your speech so that your audience doesn’t have to think too hard otherwise they will start to lose the thread of what you are saying.

Hypothetical questions are ideal for changing people’s minds. Put the audience in somebody else’s shoes, and see how they like it. Allow your listener a little time to think if you wish, or simply run straight to the answer.

A common trick used by liberals is to ask a hypothetical question and then assume the listener came up with the same answer you did.

Ask leading hypothetical questions, and you may be able to do this too. A leading question offers the listener an answer either by implication or choice. For example, “Do you support the tax bill or hate America?” Or, “You didn’t mean to nudge her car by accident did you?”

There is a Bernie Mac joke that discusses hypothetical questions where he also has the audience figure out the punch line of the joke before he finishes it.

As a word of warning for those that are unfamiliar with Bernie Mac, his jokes are a little blue. Consider yourself warned.

Watch the Masters, and How They Conduct Themselves

Liberal leaders Bill Clinton and UK Liberal Prime Minister Tony Blair are experts at giving speeches and conducting themselves in public. And both have wildly different approaches.

Tony has a permanent smile as if he has everything arrogantly under control. And he punctuates his words with his hands. He also speaks slower when saying important things.

Bill on the other hand carries himself with great charm and focus so that you feel as if he was talking directly to you. Notice that when he was giving his famous speech denying his affair, he took after Tony Blair by speaking slowly and punctuating each of his words with his hands. 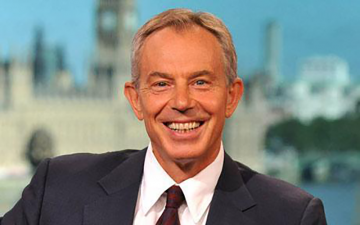 Copying the techniques and styles of other people is cheap and often fruitless, but you can add bits of their style to your own as you are developing your speaking and writing style.

Be like a poker in the flame. When it comes out red and hot it is not on fire, but it has absorbed some of the heat.

You may be better off picking a speech giver that is already similar in style and technique to your own.

Alternatively, pick a famous speech giver that is suitable for your target audience.

For example, if you are giving a speech to the Nobel Prize people, you may not do so well if your speech style is modeled after a character on a Metal Gear cut scene. (Metal Gear is a console game that holds the world record for longest cut scenes)

A sound bite is a single message that is the point of your entire speech.

It is something small and simple people can take away with them. It helps them remember the content of your speech the next time they hear the sound bite. You hear many of them near and around elections.

For example, Donald Trump’s sound bite is “Make America Great Again,” and it has a lot of power behind it.

Remember you want people to talk about your speech at least a week after you have given it, so give them a happy parcel of information they can carry with them.

TV adverts use them all the time and repeat them at every opportunity because it makes them memorable.

Remember the three elements of a successful speech.

It must be understood, memorable, and engaging. If you keep these three things in mind while implementing some of the tips here, you stand a better chance at pulling off what you want to accomplish.

Your turn. Any thoughts on the points made here? Have you written a speech and have any tips to share? Leave them in the comments below.